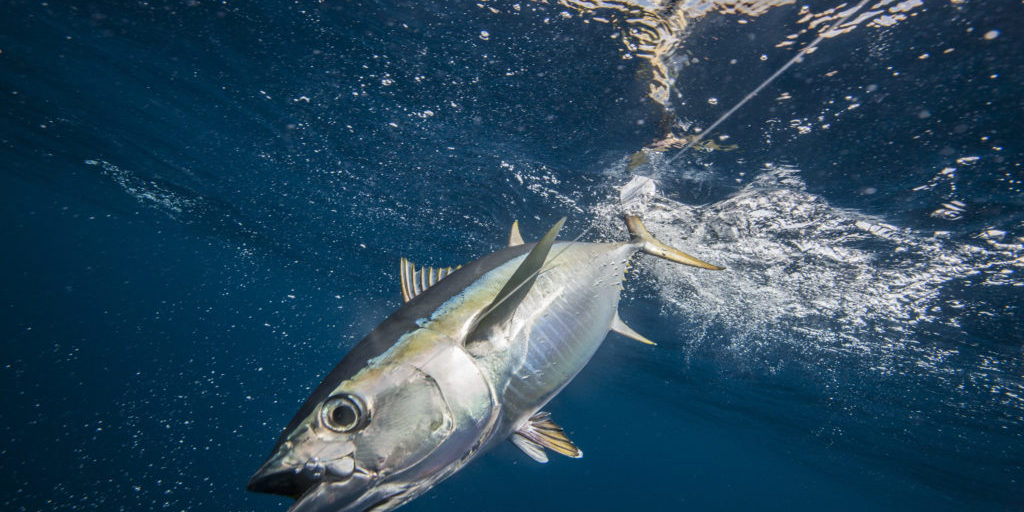 We had a few hints that spring might here this past week and some boats were able to make it offshore to the Gulf Stream. The wahoo, yellowfin, and blackfin tuna were there, too. Wahoo were the top catch with a few yellowfin in the mix. Schools of small blackfin were chasing bait on the surface but were reluctant to strike the sizeable baits being pulled for bigger pelagics. You’ll need scaled down lures for them. Closer to shore, the water is in great shape at the Cape Lookout shoals making sight fishing for cruising schools of redfish much easier. Look for them around Shark Island. If you see a school, throw a Gulp shrimp or a soft plastic fluke on a jighead. Keep an eye out for those whopper bluefish, too. It was about this time last year when they appeared. There hasn’t been a sighting yet, but the warming water should bring them. If you can cross the shoals and get to the AR-285 and nearby live bottoms and rocks, the bottom fishing for sea bass is very good. Vertical jigging or drifting with a bucktail-and-Gulp combo will reward you with better quality fish and attract any redfish, blues, and flounder also. There have been schools of bluefish, albacore, and Atlantic bonito spotted within about 8-10 miles of the beach and they too will get closer as the water warms and the bait gets blown closer with southwest winds. Once these fish start surface feeding heavily, it helps if the lure you are throwing closely resembles the size of the minnows they’re chasing. That means small Stingsilvers or other compact metal jigs. A glass minnow jig is just about perfect and you can tie them in tandem to increase weight for casting distance. The bottom fishery around the port is showing some signs of life. Bouncing bottom with a speck rig baited with bits of fresh shrimp or Fishbites bloodworm has been producing some sea mullet at last. The numbers aren’t big yet so the best fishing is upcoming. There’s a good mixed bag bite of speckled trout, redfish, and stripers in both Hancock and Slocum Creeks at Cherry Point. Hardbaits like Mirrolure 17MR’s and swimbaits such as Bett’s Halo Shad are good choices. It has taken a while, but the fishing is improving.