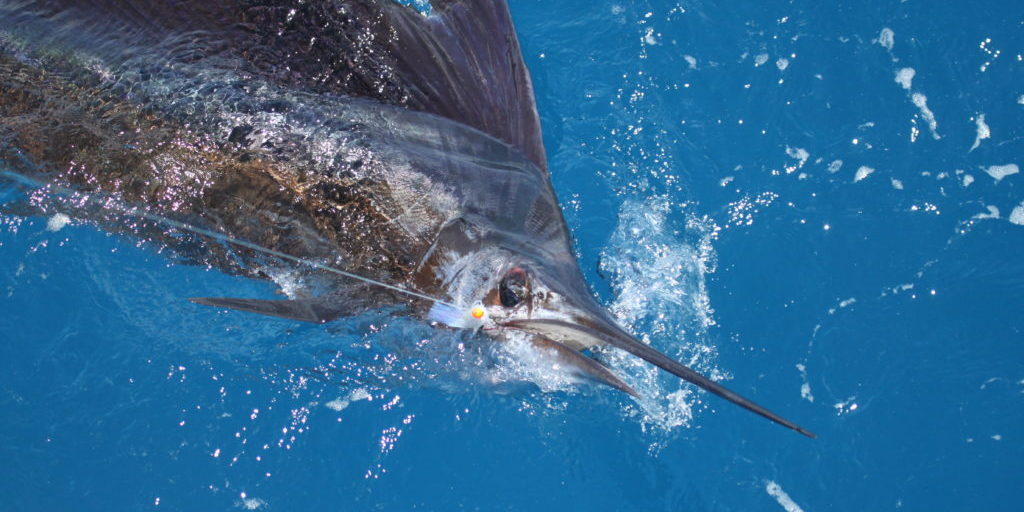 Nice weather, but winds that are in the forecast well into the upcoming week. For some reason, NOAA has been very inaccurate with their nearshore reports. They have been way off on their forecast of wind speed, wave height, and interval so if you are planning a trip to the Cape or the local AR’s, keep that in mind. In the sheltered water around the port and turning basin, the sea mullet bite remains good. Drifting with a speck rig baited with bits of fresh shrimp or Fishbites bloodworm is always a good choice. There have been some flounder caught in the marshes and creeks off the ICW but we’re still waiting for more consistent speckled trout and redfish fishing. They are still being caught around the Swansboro area marsh. Soft plastic jerk baits or flukes on a light jighead will draw strikes from the redfish but don’t overlook topwater baits and plastic shrimp under a popping cork. The best fishing currently is nearshore. At the Cape, the spanish are here in good numbers already and are decent sized fish, too. They’re mixed in with the snapper-sized bluefish and are hitting trolled Clarkspoons on small planers or just under the surface. Those chopper bluefish are scattered along the flats inside the Cape and at Shark Island, but it has been an unpredictable, hit-or-miss fishery. There’s good activity at the AR 315 and 320; spanish and bluefish for the trollers and gray trout for the vertical jiggers using Stingsilvers and Sea Striker Jigfish in the ½ to 1 ounce sizes. Plus, flounder are starting to bite on Spro bucktails tipped with 4” Gulp shrimp. The tricks are to use as light a bucktail as you can and still bounce bottom. In many cases, the 1 ½ ounce size works best and fish as vertical as possible. All we need is for the wind to lay down!